WaveFront: Meeting 2017 with Hope and Purpose

This is the January 2017 issue of our WaveFront newsletter. A dose of inspiration, reality, and reflection for a sustainable new year. If you would like to receive future editions directly in your inbox, subscribe here.

When 2016 ended, I felt a need to reflect. Maybe you felt it too: 2016 was not a normal year. It was a year of accelerating tumultuous change — political, climatic, environmental, cultural, economic, demographic.

It helps in such times to keep an eye on the long term, and I was grateful to the folks at Thought Leader Global TV for interviewing me about that. (See 5 min. video):

But we have to keep an eye on today’s reality. As sea ice in both polar regions disappears (see story below), both human refugees and wild species have continued to stream northward. In 2016 we also saw the Western world’s politics take a hard swing to the right (with exceptions, like Canada). Geopolitical tensions have hardened. Even Sweden, where I live, has alerted its municipalities to start including preparations for war in their program of work on safety and security preparedness. Just in case.

So on one hand, the shifts of 2016 were not good news for sustainability work, especially in comparison with the “annus mirabilis” of 2015, which gave us the 2030 Agenda, SDGs and Paris Agreement — enormous breakthroughs.

Perhaps a backlash was inevitable. But on the other hand, 2016 was the year that sustainability, sustainable development and all the variants thereof — “resilience,” “purpose,” “CSR,” “Net Positive,” etc. — became clearly more mainstream and more necessary than ever. These are the ideas and practices we must continue to build on, no matter what negative ideas dominate the news headlines or Twitter trends.

I used the quiet New Year’s break to think, write, and prepare for a certain-to-be challenging 2017. Below you can read about our 2016, which was extraordinary, and the projects we have already planned for 2017. A special highlight of 2016 was helping launch the important new Oslo Manifesto. More on that below as well.

Here’s my basic message for 2017, to myself, and also to you:
Even when so much change around us looks very negative indeed, we must keep pushing for the positive. Indeed, we must push for change all the harder. The tides may seem against us now. But they will turn again.

And sustainability will continue to advance, and ultimately prevail. Until it becomes fully normal.

Please read on to catch up on our recent initiatives and get some inspiration for 2017. And please feel free to write to us! Tell us what you think about 2016, and what you plan to do in 2017 — so the momentum of this sustainable future we’re building keeps on growing. No matter what.

Late 2016 saw the launch of a major new initiative, formed out of a partnership between 17Goals.org (a volunteer multi-stakeholder partnership sponsored by AtKisson Group) and the Norwegian Center for Design and Architecture, DOGA. 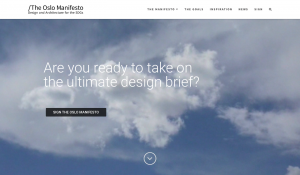 The Oslo Manifesto is a document, but it is also a movement. It translates the UN Sustainable Development Goals into “design language” so that designers, architects, and city planners can use the SDGs in their daily work.

The beautiful new website tells the whole story, inviting designers of all kinds to read and sign the document, and start integrating the SDGs into their practices in concrete ways. The site also provides creative professionals with resources and stories of inspiration, and gives them a chance to share their own inspired work.

Please help us spread the word about this important global initiative, launched in Oslo, but intended for the whole world. Here is the website: http://oslomanifesto.org

A weird year for the Arctic and Antarctic: the story we cannot ignore
Polar sea ice is in stunningly rapid retreat 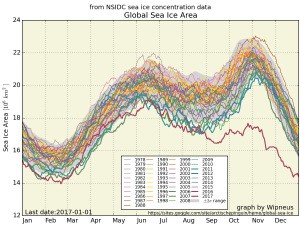 I spend a lot of professional time reading about the Arctic, and lately, I’ve come to this https://shlclubhouse.org/nexium-online/ conclusion: the media is practically ignoring one of the biggest stories on the planet.

Consider this graph, and the red line at the bottom, which combines the data for all of 2016 on global sea ice (Arctic + Antarctic) …

Learn more and read this whole article, including links to multiple sources here.

Let’s start with the future: we already know that 2017 will see the following highlights from AtKisson Group:

Looking back, 2016 was an exceptional year:

Plus, there are the things we’ve already mentioned, such as launching the Oslo Manifesto, keeping 17Goals.org moving, and re-invigorating our social media channels.

We have four “channels”  (AtKisson Group, 17Goals, CforST, and Alan AtKisson) which you can find on Facebook and Twitter, and we invite you to follow and engage in the ones that best meet your needs.